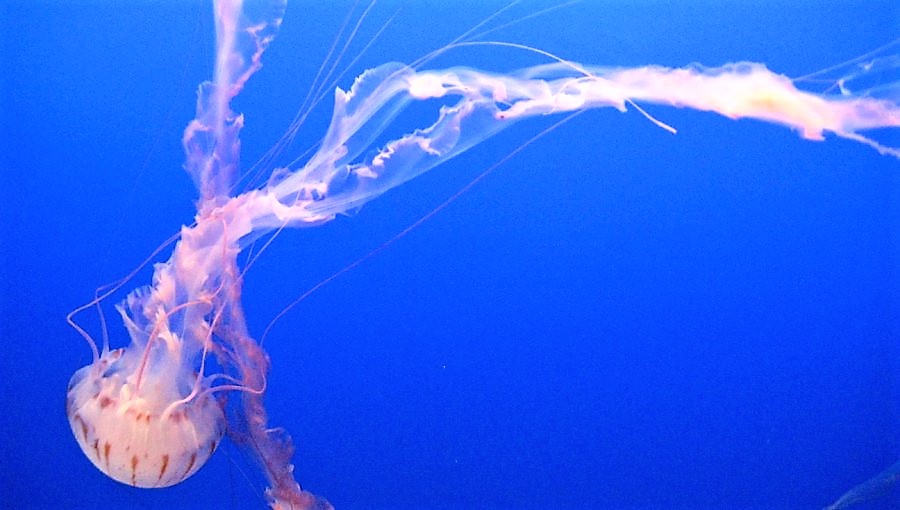 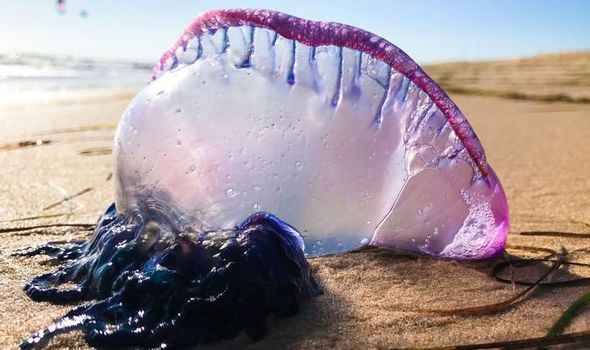 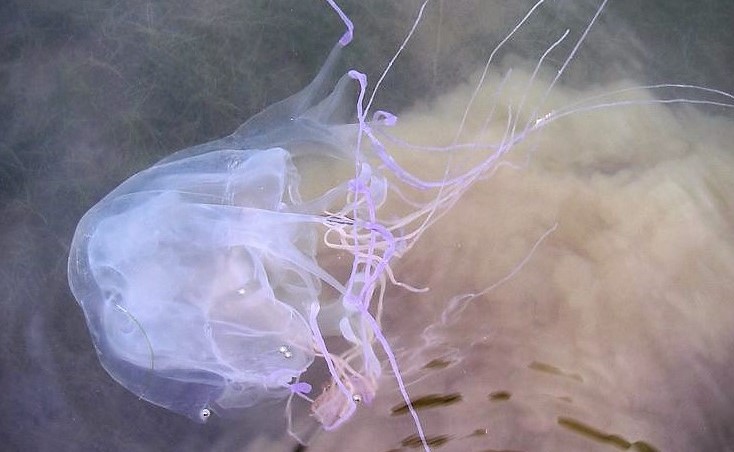 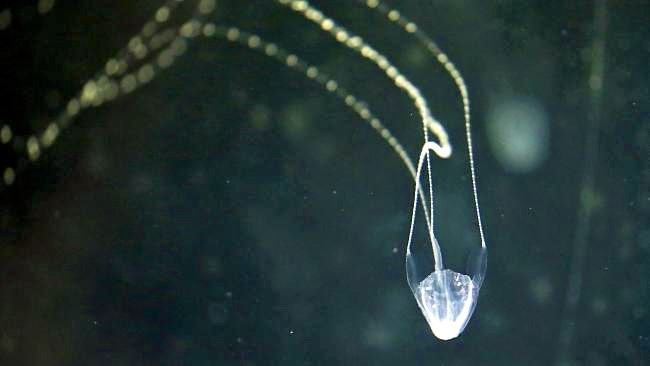 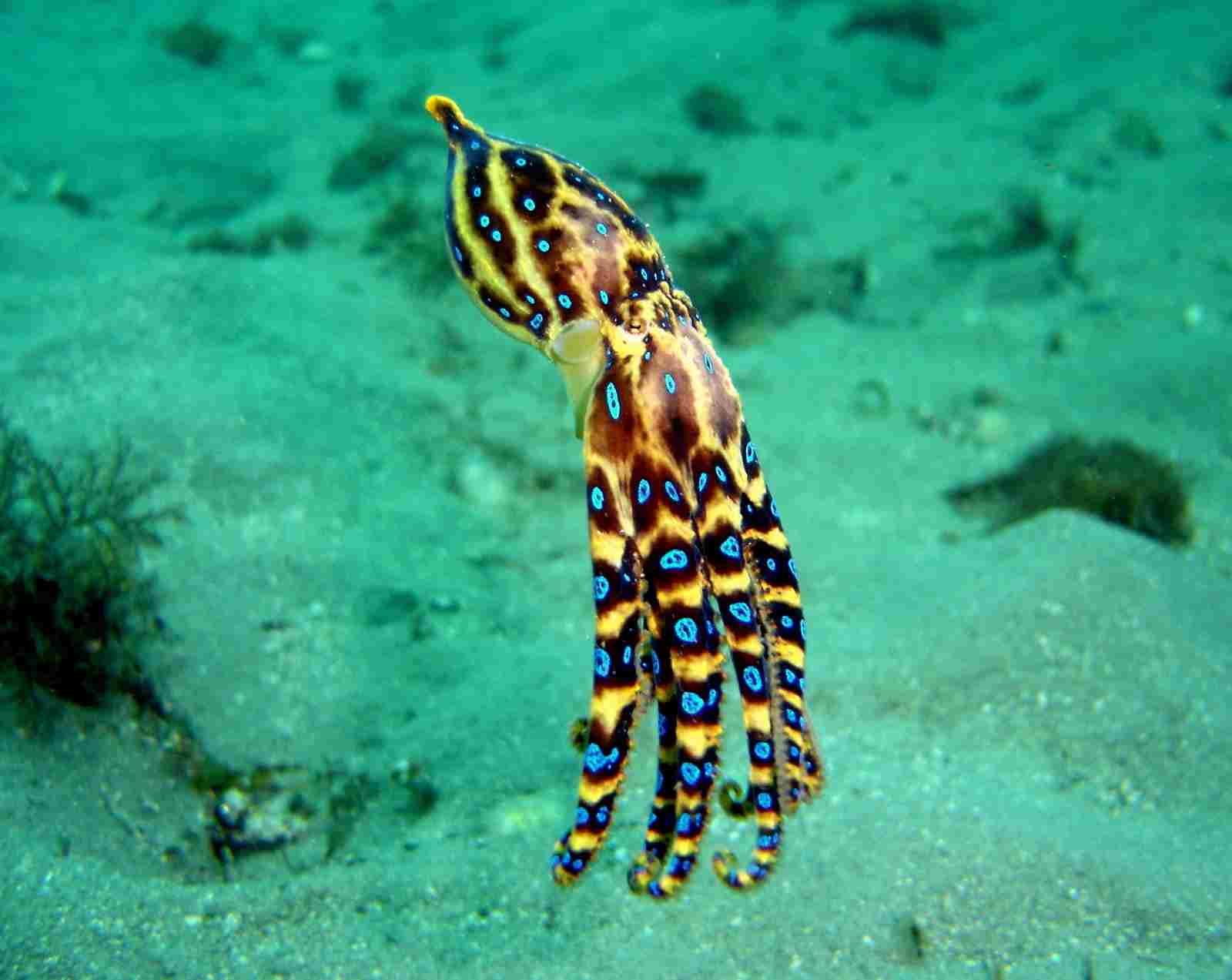 Check out these ocean safety tips to keep you and your family safe.

Before you enter the ocean

The ocean is a world of beauty and wonder. But, when is it safe to go in the water? Many people ignore the fact that the ocean is a foreign habitat. The movie film Jaws portrays that fact vividly, and has put fear into many swimmers worldwide. However, a shark is just one marine predator. The ocean is home to many predators such as the stingray, barracuda, jellyfish, portuguese man-of-war, box jellyfish, irukandji, moray eel, blue-ringed octopus, stonefish, lionfish and many more.

Shallow waters can be just as dangerous if you are not aware of what is going on with ocean wildlife in the local beach area. But before you dip one toe in the ocean, make sure you know these ocean swimming safety rules to keep you safe.

Swimming in the ocean isn’t like swimming in your local pool. The waves are stronger and unpredictable, and the wind can change quickly causing strong currents. Make sure your a strong swimmer before entering the ocean water. I learned this the hardway on vacation in Costa Rica coming across a strong rip current, and almost did not make out of the Nicoya Peninsula skin diving. Fortunately, at the time I was swimming three times a week at the gym which saved my life. 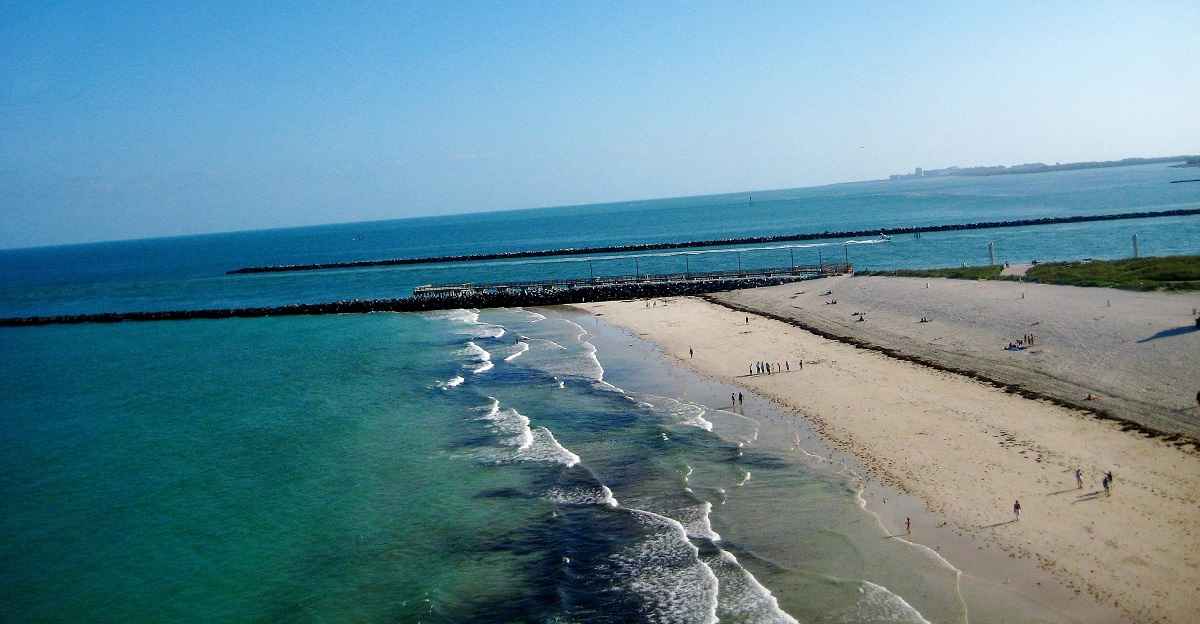 It’s always better to swim near a lifeguard in case you run into problems. In addition, you can always ask the lifeguard what is going on in the area. You can also ask local dive or surf shops. If you’re on vacation, it's especially important to ask these questions. As a last resort, you can ask the hotel manager to direct you for the appropriate information. 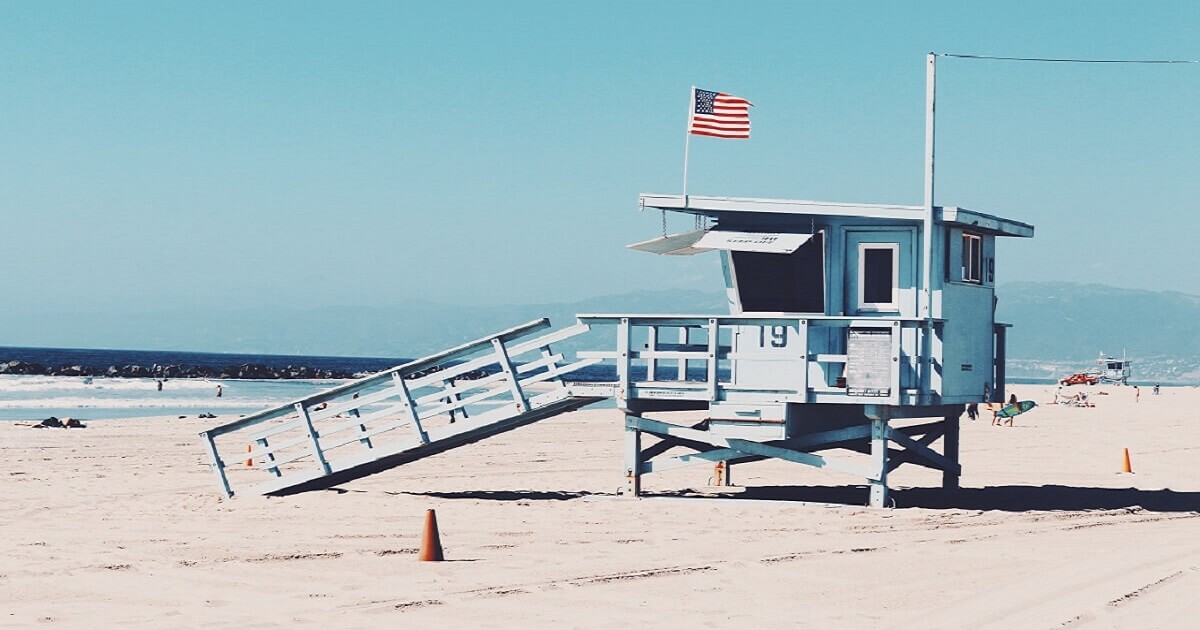 Weather can change tides and surf conditions and before you know it, you have some sea creatures coming into the surf or strong rip currents. Most beaches use a standard flag advisory system: yellow is caution, blue is dangerous sea life and red is considered very dangerous water conditions. The flags are usually posted in the ground near the lifeguard. 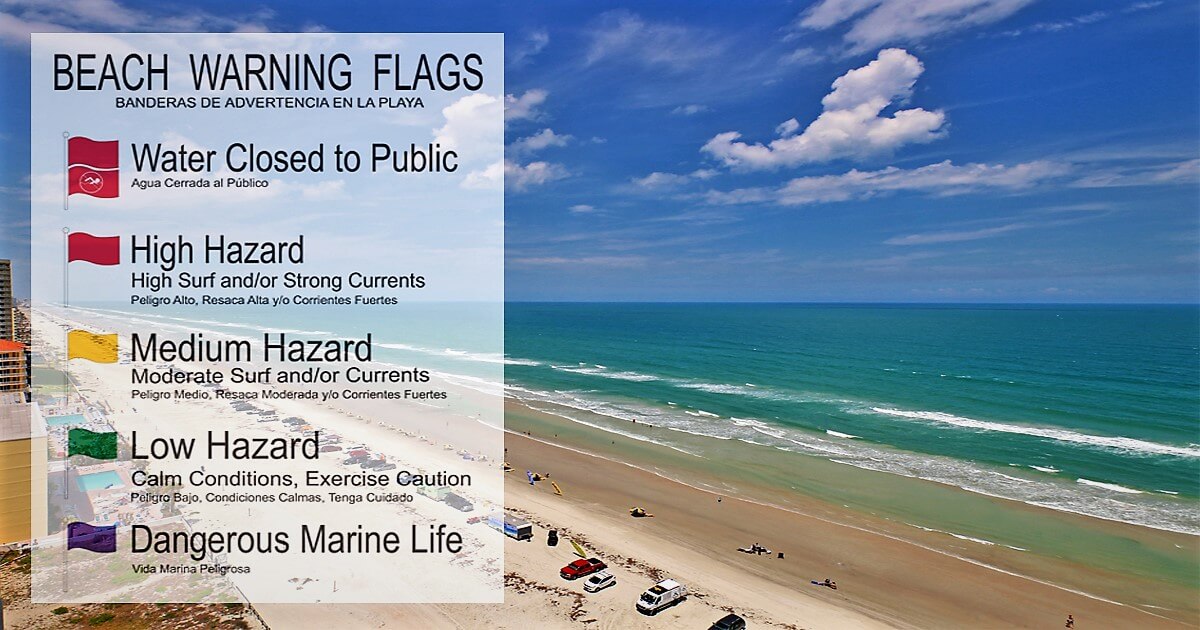 4. Shuffle your feet when you walk in the water.

Stingrays bury themselves in the sand, often in water that’s only inches deep. They only sting in self defense so doing the "stingray shuffle" will give them the chance to flee -- something they are happy to do. 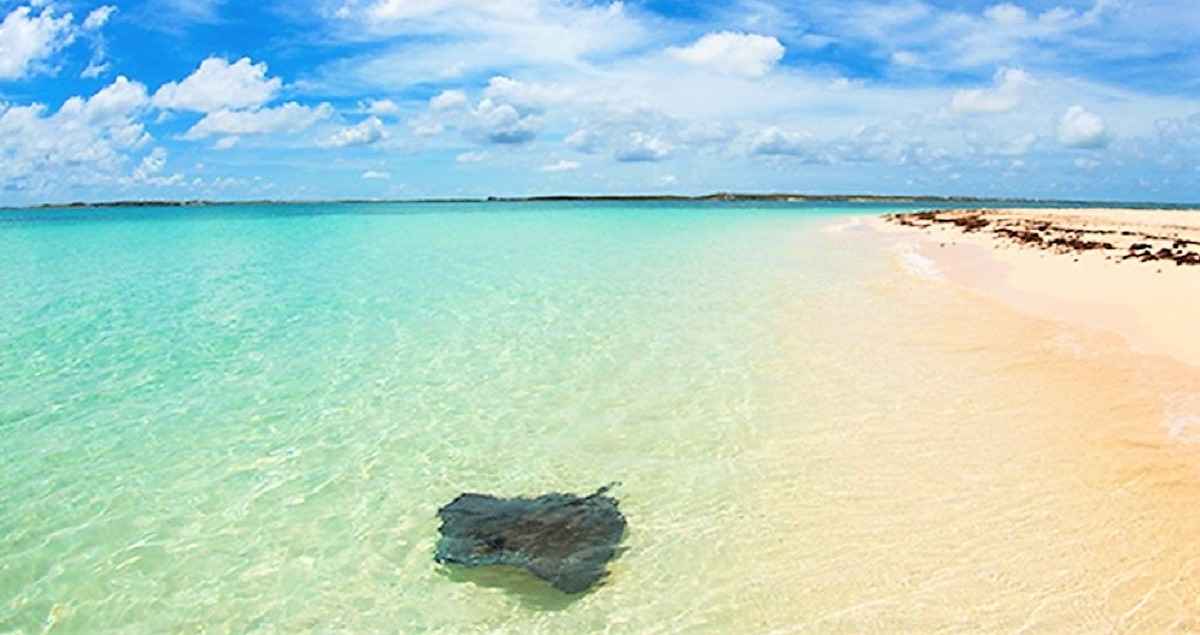 When you're on vacation, you can still drown in the water; so beware of "Vacation Brain" at the beach. If you plan on spending lot of time in the water, know the environment and wildlife in the area. If you plan on activities such as snorkel excursions or scuba diving, it is beneficial to rely on your trip guide for information. Keep in mind that every country is different when it comes to the best safey regulations and guide training; if your not sure or uncomfortable about the activity, then skip it. 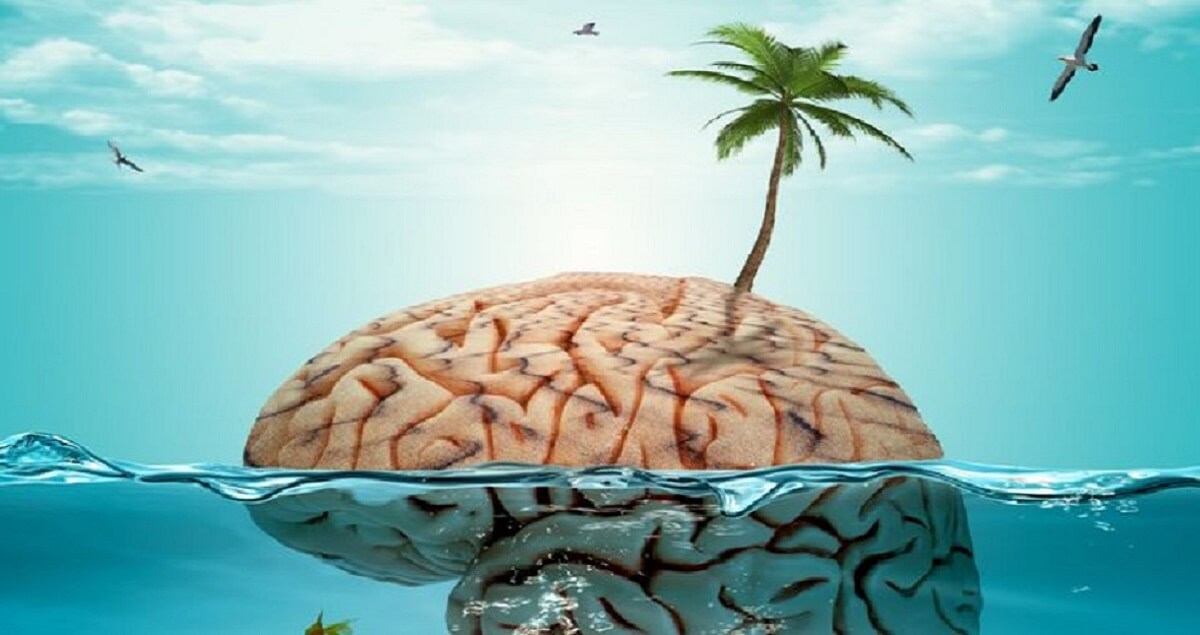 Sharks are amazing creatures and date back 450 million years. There are 500 species and they help maintain the delicate balance of marine life. Shark populations are getting smaller due to demand for fins and little monitoring of shark fisheries. The number of killed yearly by humans is shocking: 100 million.

Despite their scary reputation, sharks rarely ever attack humans and rather feed on fish and marine mammals. Sharks have been known to attack humans when they are confused or curious. If a shark sees a human splashing in the water, it may try to explore, leading to an accidental attack. The U.S. average is 19 injuries yearly and one fatality every two years. 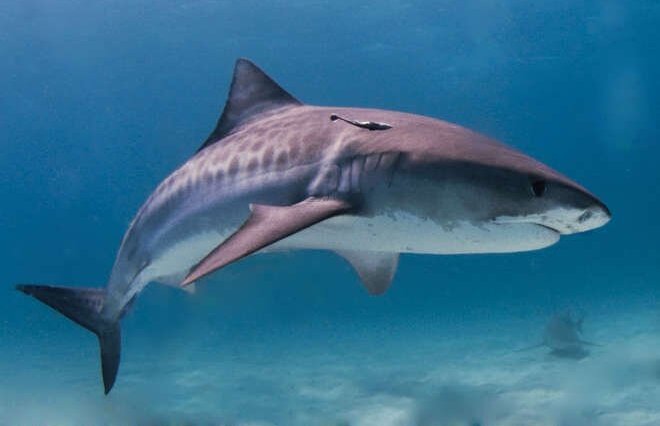 Rays are bottom-dwellers and like the sand and mud of warm shallow ocean waters. Normally gentle, when a ray is attacked by would-be predator or stepped upon by unwary humans, the animal lashes its long whiplike serrated tail that has one or more large, sharp barbed spines at its base that are associated with poison glands and can inflict severe wounds. If a deep stingray wound goes untreated, it is possible for secondary infections to develop such as gangrene or tetanus. Medical treatment is important for deep cuts.

Experienced swimmers who wade in shallow water shuffle their feet along sandy bottoms or surf to alert rays of their approach.

Barracudas are found in all warm and tropical regions; ranging 4-6 feet in length are primarily fish eaters. They are esteemed as sport fishes, and the smaller forms are also valued as food. Barracudas are often regarded as bold and inquisitive, and large ones are regarded as fearsome fishes, potentially dangerous to humans.

Swimmers have reported being bitten by barracuda and some fatalities have occurred but such incidents are rare and possibly caused by poor visibility. Barracudas may mistake objects that glint and shine for prey. 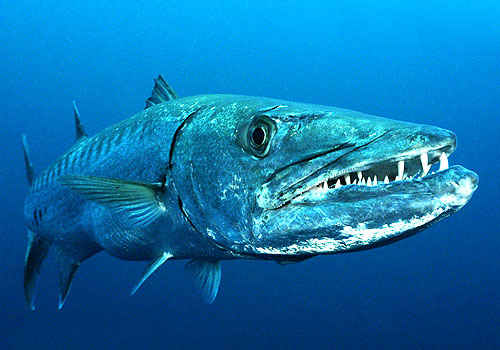 Jellies are many species, shapes and sizes found in all ocean waters. They have no brains, bones or teeth. They drift or propel and sting for their food. Jellyfish have tiny stinging cells in their tentacles to stun or paralyze their prey before they eat them. Inside their bell-shaped body is an opening where the mouth is located.

Jellies don’t try to sting us purposely, but sometimes we run into them accidently and the stings can be painful to humans at time and cause allergic reactions that may require professional treatment at the emergency room.

The Portuguese man-of-war is a jelly-like marine animal but it's no jellyfish. It belongs to a different group of creatures called the siphonophores. In fact, these sea creatures are four different polyps or organmisms that work together to survive.

Each polyp is responsible for a specific task; floating, capturing prey, feeding and reproduction. Man-of-Wars are well known for their painful and powerful sting. They are found in all warm ocean waters and can have very long tentacles. 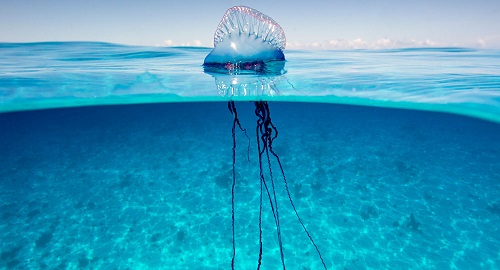 The box jellyfish or sea wasp is the most DANGEROUS venomous jellyfish in the world!

It is found in the coastal waters of the Pacific Ocean from Australia to the Philippines. It has been found infrequently in the Caribbean. It is transparent in the water and the tentacles can reach up 6 feet. It is shaped in a form of a box hence the name. The venom is 700 times more powerful than the Portuguese Man-of-War.

People are killed each year from the box jelly due to the rapid onset of the venom. The venom attacks the respiratory and nervous system in about 2-5 minutes causing life-threatening reactions. Seek Medical Attention Immediately.

Related to the deadly sea wasp, the Irukandji jellyfish is very small, about the size of a walnut and almost invisible. The tentacles can be up to three feet long and cause potentially life threatening symptoms known as Irukandji Syndrome. There have been fatalities caused by the Irukandji.

The initial sting is not painful, but the venom is a direct cardiac toxin that sets in thirty minutes later causing high blood pressure, breathing issues and fatal strokes. It is found in the coastal waters of Australia and the name comes from an Aboriginal tribe that lived in the region. It can be identified by the 'string of pearls nematocysts (stinging cells) on its tentacles.

The Moray eels are beautiful, colorful, creatures that should have their space respected. They can be vicious when disturbed and will attack humans. The jaws of the moray eel are equipped with strong, sharp teeth, enabling them to seize hold of their prey and inflict serious wounds. Studies have reported infections from toxin substances (poisonous) from coat of the skin and mucous of the mouth (hemagglutinin) that can increase pain and bleeding as well as allergic reactions. 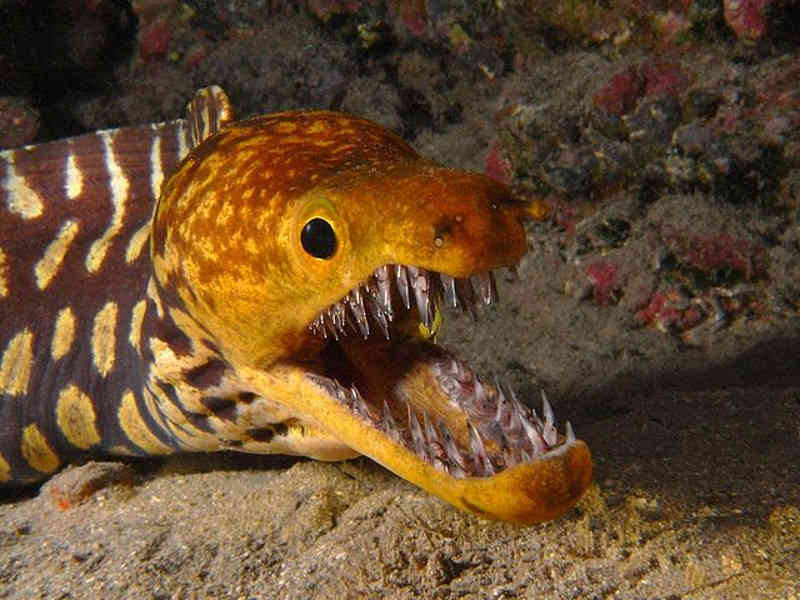 Found in the coral reefs in the Pacific and Indian Oceans, they have a yellowish skin, blue/black rings that change color when threatened. They are known as one of the world's most venomous marine animals.

While small in size, they are dangerous to humans if provoked or handled. This octopi will bite injecting a very powerful venom. These bites are often painless and most victims don't notice until symptoms like breathing problems and paralysis set in.

The stonefish is the most venomous fish in the world and dangerous to humans; in or out of the water. There found in Pacific and Indian Oceans at coral reefs and have excellent camouflage. The stonefish has 18 needle-sharp venomous spines, 13 along the top dorsal fin and when it feels threated or disturbed such as stepping on it; you will be in a world of pain. Antivenom is developed and available in Austrailia. 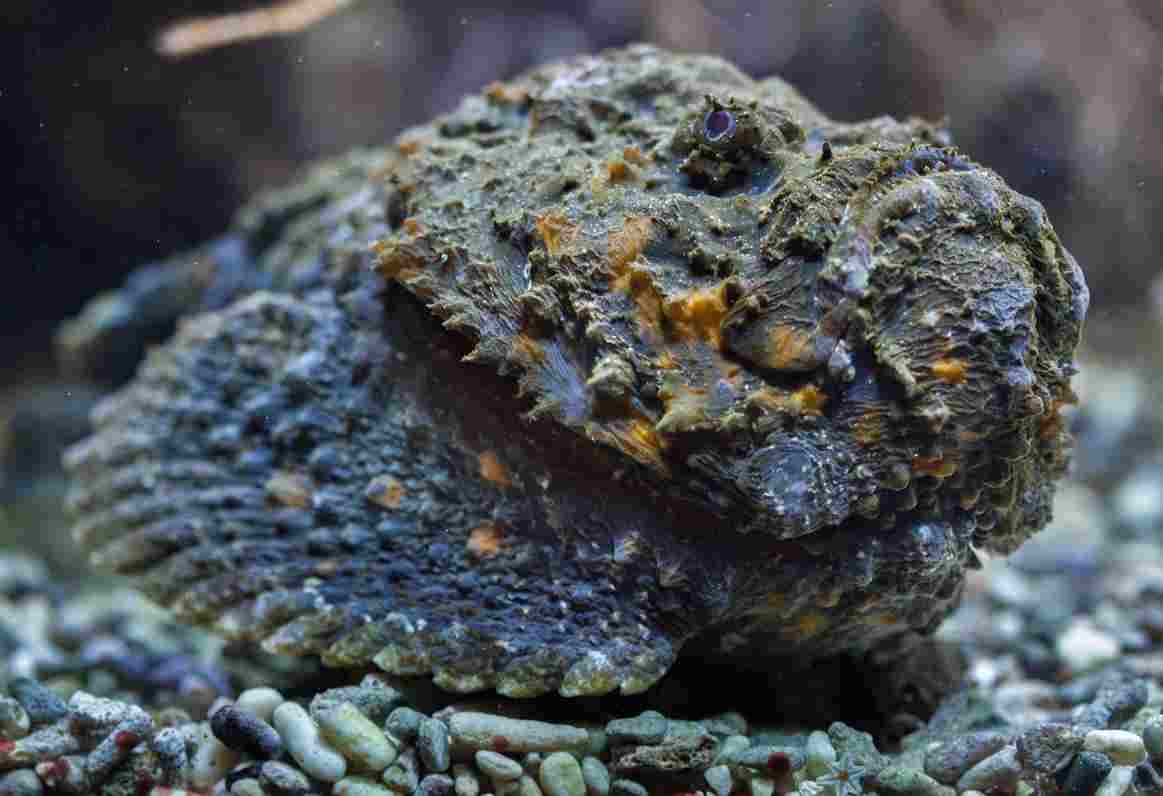 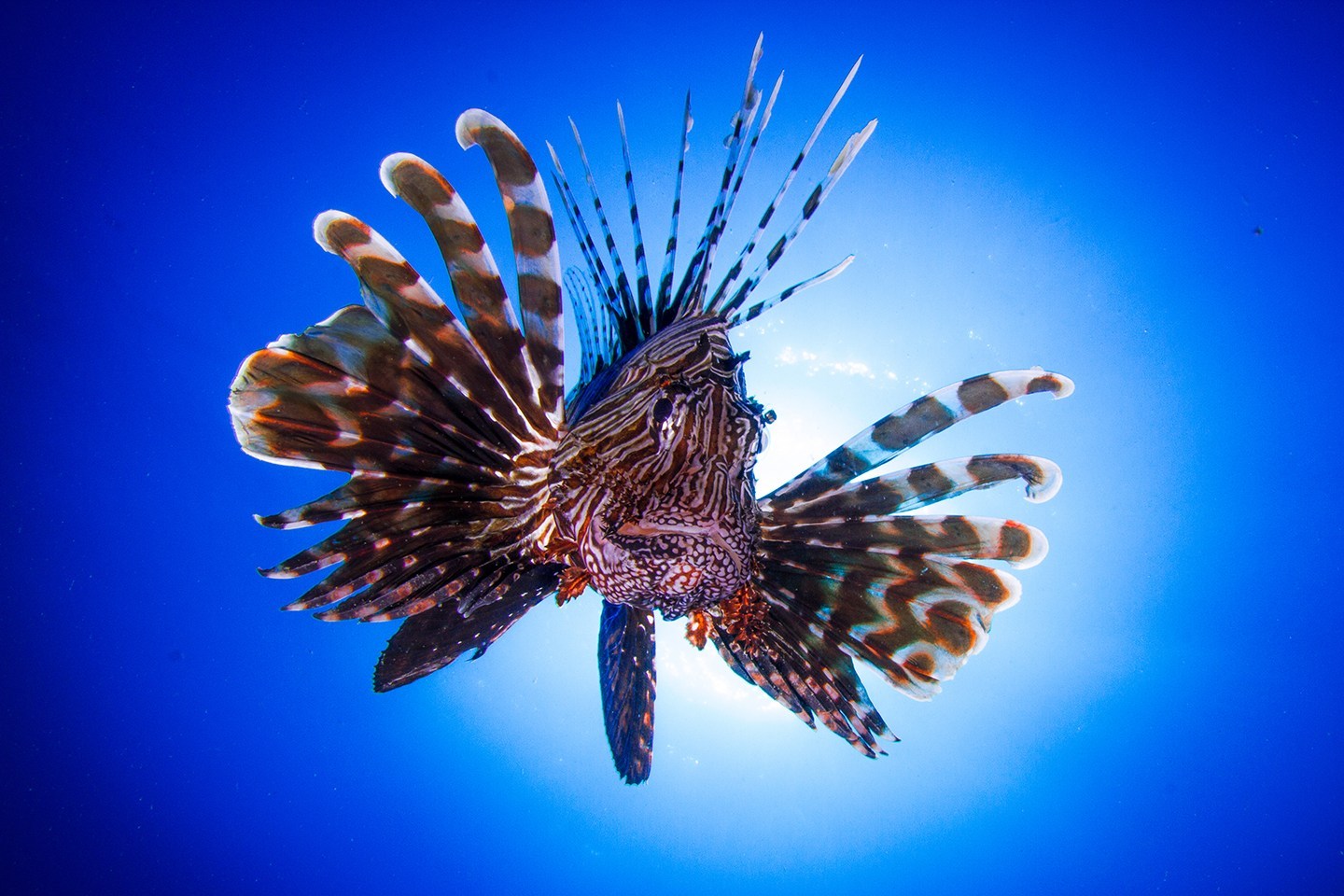 We usually think of waves as washing stuff onto the beach — seaweed, shells and other ocean debris. But sometimes the waves hit the beach in a certain way to create a current that flows away from the beach. This is a rip current. When waves travel from deep to shallow water, they break near the shoreline and generate currents that are influenced by the shape of the ocean floor, at times producing rip currents.

The main point here is the current is flowing away from the beach; therefore swimming straight into this is futile, you want to swim sidesway; either left or right of the rip current.

Visit the National Ocean Service: What is a Rip Current ?